How to Stop Chickens’ Water Freezing in Winter 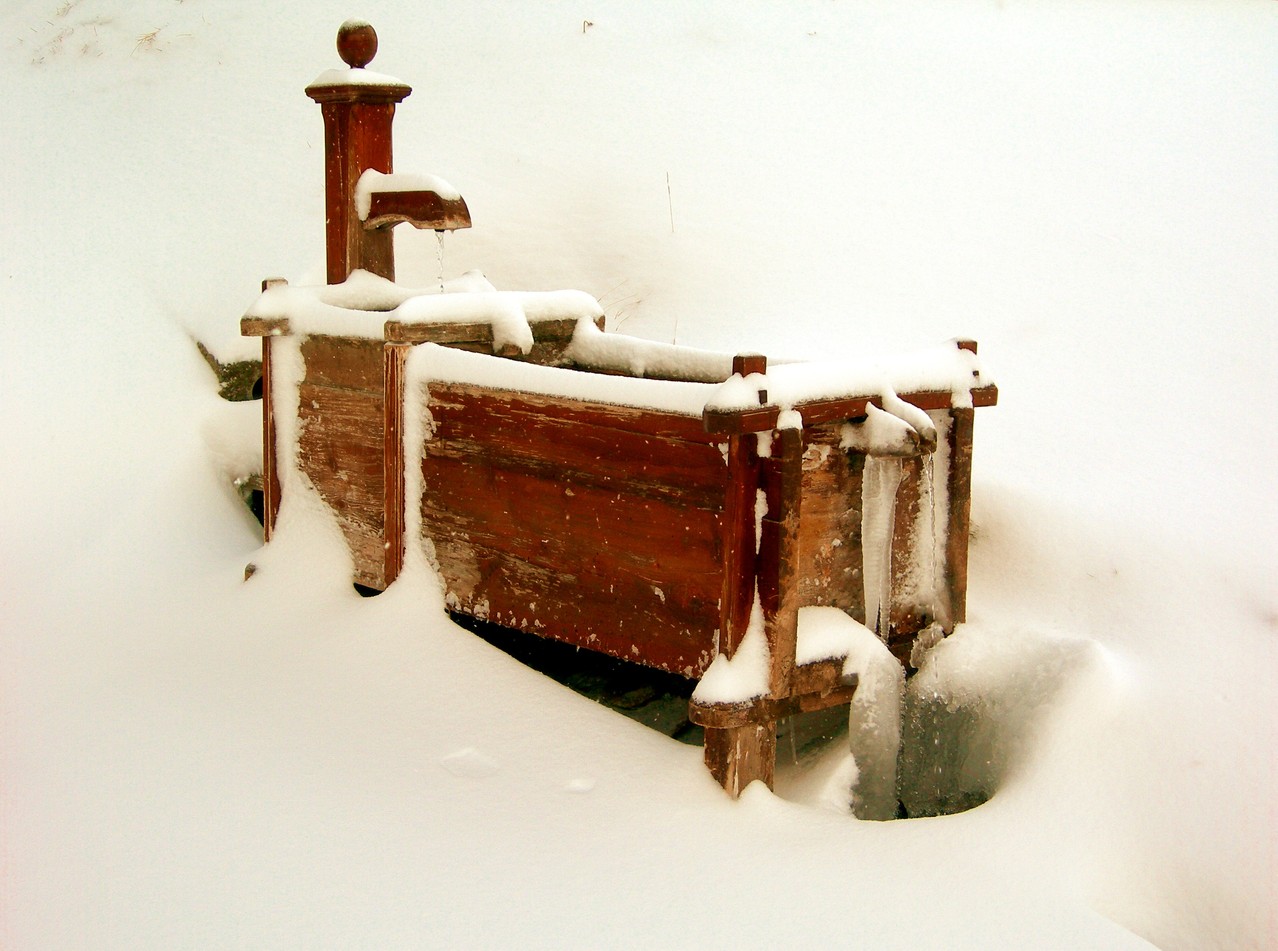 Finding ways to stop water freezing in the chicken coop is a problem all hen keepers have to grapple with in the winter months. We can often find the water iced over and sometimes even rock solid in the morning, especially after a particularly cold night. It’s something we rack our brains trying to prevent – so, how do we keep the chicken’s water above freezing point?

Scientifically speaking, there are several ways, though not all of them are good for your chickens. let’s take a look.

Change the freezing point of the water

Unfortunately, this is the least chicken friendly way. I’m only mentioning it because I’ve seen people on forums recommending it and wanted to dissuade any of my readers from doing likewise. Pure water freezes at 0°C. You can change its freezing point by adding things to it. Alcohol, sugar,  salt and glycerine will all make lower the freezing point of water and, to some extent, make it more difficult to freeze. However, none of the additive mentioned above are particularly healthy for your chickens and, in the wrong quantities, they can actually poison your hens. So, in a nutshell, don’t add anything to the water to act as an anti-freeze. If you want healthy chickens, keep their water as pure as you can.

If you want to prevent a burst water pipe at home, you insulate it. If you have a hot water tank, you cover it in lagging to stop the heat escaping. Lagging, or insulation, is one possibility for keeping the water in a liquid state. One reason this is a potential solution is that water is an excellent heat retainer and, if it’s insulated, it will retain enough heat to keep its temperature above freezing for much longer. Insulation prevents the heat from getting out and the cold from getting in, so in essence it does two jobs in one.

In fact, there are a number of insulated water troughs available on the market. Unfortunately, they are quite expensive and are designed for larger livestock such as sheep and horses. The insulation they use is a “thick layer of high-density polyurethane insulation foam positioned between 2 polyethylene walls,” and the animals gain access to the water by pushing down on a ball shaped float which seals the water off from the air after use to prevent the temperature dropping.

Whilst these are not designed for chickens, I thought it worth mentioning because we chicken keepers are an inventive lot and someone reading this will have a go at making something similar. Hopefully, if you do, you’ll share your invention with us.

Of course, insulation is going to be more difficult if much of the water is open to the air so it’s much easier to consider insulation if you use a drip feeder. Another factor to consider is the material your current waterer is made from. Metal containers, in particular, are susceptible to freezing because metal is such a good conductor of heat that the warmth just flows out.

If you are going to have a go at creating a homemade insulated waterer, try to use natural products that won’t be dangerous to the chickens. Polystyrene foam, for example, can be an excellent insulator, but this would need to be boxed in to prevent the chickens from pecking at it. Avoid insulation that can get damp, absorb droppings and harbour bacteria too – so avoid cloth or straw.

Moving water is much less likely to freeze than still water. The reason for this is that the energy caused by the movement heats up the water just enough to keep above freezing and the movement disturbs the ice crystals to stop them forming properly. Some people recommend placing a ping pong ball on top of the water which can get blown around and knocked, keeping the surface slightly moving and creating a slight amount of heat through friction with the surface. Personally, I’m not totally convinced by the ping pong ball, however, something akin to a slow moving fan could work. If anyone could design a windmill type device that gently stirs the water then this might be a possible solution.

Warm up the Water

Keeping the water slightly warmed up is one way to ensure that it doesn’t freeze and thankfully, there is a solution for this on the market already.In fact there are two possible solutions here: a base heater to put under your waterer or a plug-in heated waterer can be used.

Looking at the prices, the base heater is the more economical of the two. However, as the waterer fits on top of it (inside the yellow holders) it might be a little more prone to getting knocked over – so make sure you put it in a place where it is less likely to get in the way. Both heaters will require you to connect to the mains, so you will need outdoor cabling so you can plug in.

The alternative is not to bother trying to stop the water in the coop freezing at all. Chickens don’t tend to drink much during the night anyway. A possible solution, therefore, is to have a spare waterer which you keep in your home overnight. When you go to let the chickens out in the morning, take the unfrozen one out with you and take the frozen one back indoors to thaw. This should be good enough for most of the winter – but during the very coldest snaps, when the temperature remains consistently below freezing, you might find that the water freezes during the day too. If you get tired of pouring on boiling water to melt it, you might need to go and buy the heated waterer base after all.

If you have any other suggestions of how to stop water freezing in the coop, leave a comment below. This website uses cookies to improve your experience. We'll assume you're ok with this, but you can opt-out if you wish.Accept Reject Read More
Privacy & Cookies Policy
Necessary Always Enabled
WANT OUR LATEST POSTS BY EMAIL?
Subscribe for our free newsletter
Your information will *never* be shared or sold to a 3rd party.

Warning: count(): Parameter must be an array or an object that implements Countable in /homepages/34/d431051463/htdocs/WP2/wp-content/plugins/slickquiz/php/slickquiz-front.php on line 59