The surprising intelligence of chickens 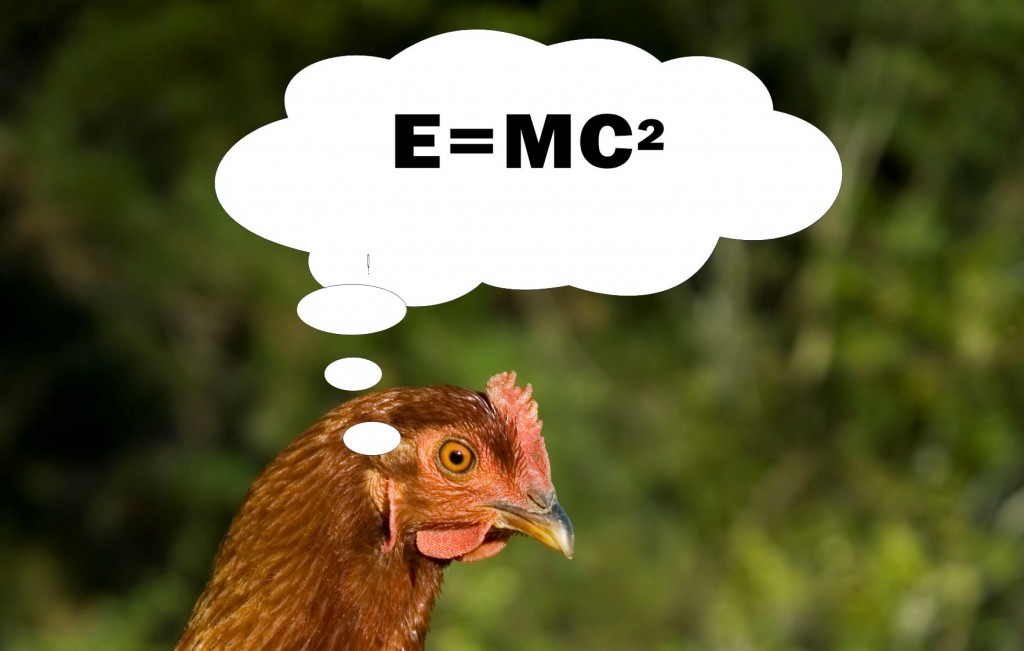 How intelligent are chickens?

The term ‘bird brain’ has long been used to insult people who have done something stupid. It’s a phrase we even use to describe ourselves when our common sense abandons us. The implication, of course, is that birds are ‘a couple of eggs short of a basket’, as the saying goes. But is this really true? Recent research on the intelligence of chickens seems to show that our feathered friends are a little more clued up than we give them credit for.

For a start, chickens learn really quickly. Whilst it can take the average human child a couple of years to get their head around simple numeracy, a chick can do this within a couple of hours of hatching. Despite not being able to count, it knows how many there are of things and can distinguish between up to five objects. Similarly, if you offer it things, it can understand size and always goes for the biggest.

In human babies, it takes a year or so for the brain to comprehend that things still exist when they move out of view. Experiments have proved that birds’ brains have a much better understanding of the nature of reality. A chicken knows something is still there and will look for it.

Studies have also shown that hens have the capacity for self-control in situations which are of benefit to them. In one experiment, scientists devised a situation where, when they fed a group of chickens; those that were first to the food got much less time to eat it then those who waited. After a while over 90% of the chickens learned that, if they waited longer, they could eat for longer, totally reversing the pecking order. A case of, “You first, dear, I insist!”  This puts chicken intelligence on a par with a four year old child. Quite a feat.

Perhaps even more astonishing is that chickens can use the height and position of the sun to navigate, where most of us can’t do it without a mobile phone, Google Maps and GPS. They can, from being only a fortnight old, exhibit the same skills that ancient sailors used to cross the oceans.

One of the major signs of intelligence, of course, is the ability to communicate. And whilst a chicken lacks the oratorical skills of the parrot or the miner bird, they are still able to communicate using signals that make sense to each other. The do this through making sound and through body language.

Chickens are also socially intelligent animals. Young chicks learn which food to eat from their mothers. As they grow older, the mother hen adapts her behaviour to how the chicks have developed, teaching them new and more complex feeding skills.

We all know about the social hierarchy in a flock, the so called pecking order. However, in order to understand this, be a part of the social group and know their place in it, a chicken needs some ability to reason and have the long term memory to develop relationships over time with other members of the flock. And as a group, they learn from each other, develop new skills and co-ordinate things like defending themselves when under attack. They also have complex mating rituals in which the females evaluate males on their ability to provide food before making a choice of which male (if there’s more than one available) to choose.

Despite their brain’s being very small, our chickens are remarkably bright little creatures. So, the next time you spend some time with yours, stop and take a look at their intelligent behaviour. You never know, you might learn something.

3 thoughts on “The surprising intelligence of chickens”