Chicken Coop Review: The Winchester by Imperial Coops (for 2 to 3 Hens) 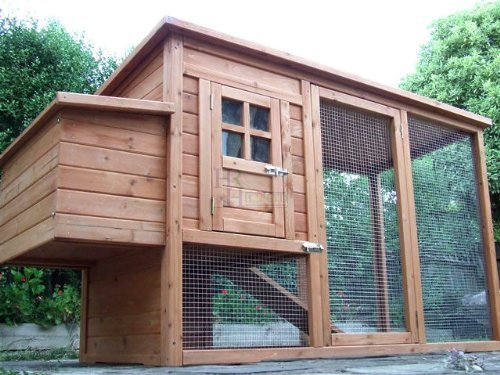 If statistics are anything to go by, then more people visit this site to look at Imperial Chicken Coops than any other brand, so for this chicken coop review were taking a closer look at The Winchester by Imperial Coops for 2 to 3 hens.

Imperial Coops are relatively cheaper in price compared to many other models of chicken coop and are what you could term as an entry level coop for chicken keepers. You can pick up this model for less than £100 at Amazon, which for a chicken coop is very reasonably priced indeed.

Yet, despite the low price the Winchester Imperial Coop has some very good features indeed. It’s an attractive looking coop that will complement most gardens with its traditional look: and whilst the wood used to build it might not be quite as robust as more expensive models, it is treated and will last a fair few years, particularly if you maintain it well and treat the wood annually yourself.

The coop is well designed for keeping chickens as can be seen clearly in the image below. There are two reasonably large and comfortable nesting boxes and a couple of sturdy looking perches, thick enough to allow the hens to roost in comfort. There is a door which opens to the run, accessible by a ramp (not seen) and a side door wide enough for you to get good access for cleaning inside.

Cleaning itself is made even easier by the removable tray floor, now a common component of most modern coops, which can be slid out completely to hose it down and thoroughly remove any droppings and old straw. The tray is galvanised, so it will be tough and rust proof.  The coop also has an opening roof, which allows total access to the inside of the coop allowing you to thoroughly check for parasites such as red mite which like to live under perches, felts roofs and annoyingly, in the tongue and groove joints. 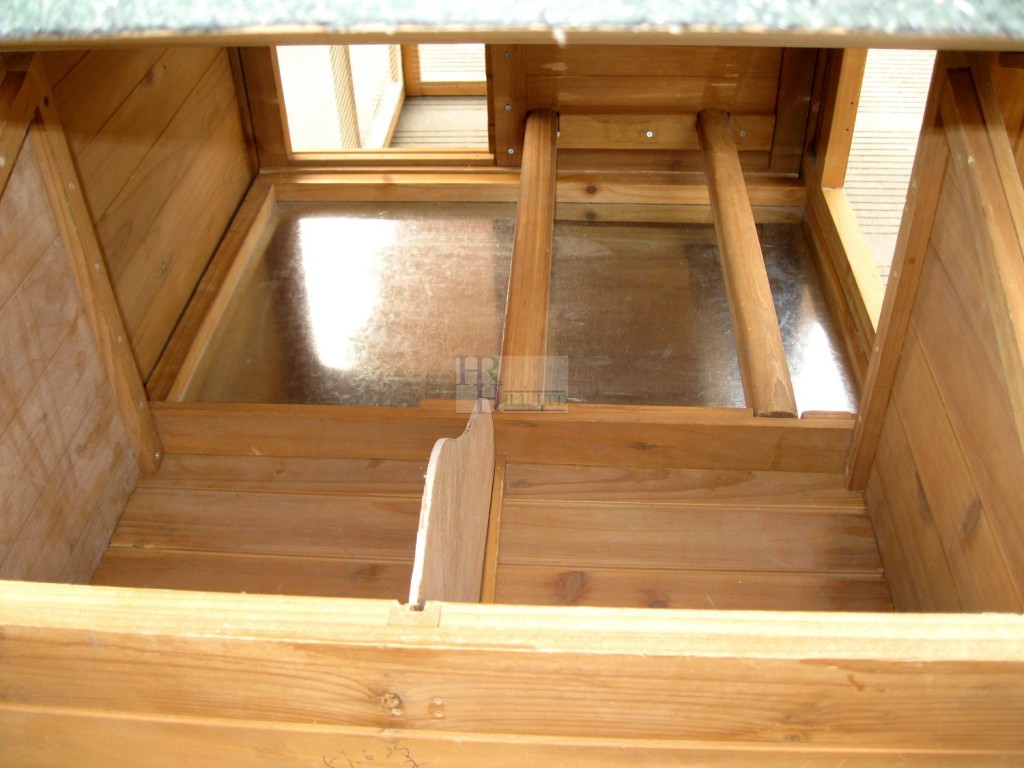 Imperial Coops’ safety features include the fully galvanised ‘fox proof’ mesh on the run and a closable pophole door as seen in the image below. Remember, however, that some predators are excellent diggers and it is always advisable to put mesh under the ground around the perimeter of the run to stop them tunneling under. 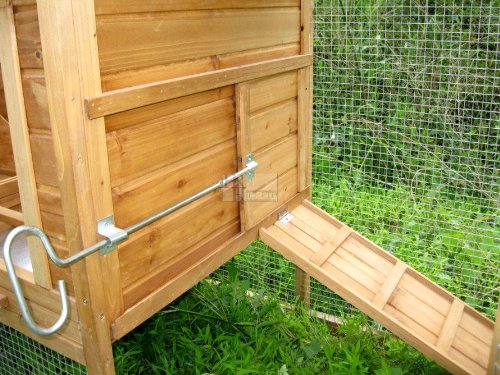 Of course, in order to buy a chicken coop for this price means you are unlikely to find the best quality materials are used in its manufacture. There are some who have found the wood less robust than expected and there are occasionally reports of a lack of pre-drilled holes when putting it together – so have your drill ready. The hinges on the removable roof could be stronger in order to hold it’s weight a little better – as it is quite a big roof.

With regard to the size of the coop and run I wouldn’t put more than 3 hens in there. The size of the coop is 203m x 75cm x 103cm, which includes the nest box. The image makes it looks bigger than in real life. However, three hens could live there quite comfortably.

The coop comes flat packed and takes a about couple of hours to erect. As it comes flat packed, I would advise that you read instructions carefully and lay the components out before starting.

Overall, if you are looking for a good but basic coop that is has all the features you need to raise a small number of chickens; and are wanting this for a very reasonable price, then the Winchester Imperial Coop is an ideal purchase. There are better quality models around but you will need to pay quite a bit more for them.

To find out more or to buy click here.